In general, we do not recommend using XAMPP for Snipe-IT, as there is a built-in alias for /licenses that you'll have to override, which can be a bit of a pain. We recommend WAMP or IIS instead if you're running on Windows, but we provide these instructions in case WAMP is not an option.

Download the Snipe-IT project using one of the methods on the Download page. We strongly recommend installing via Git.

Follow the directions in the configuration section of the normal setup.

In order to install required library dependencies, you'll need to install Composer. You can download Composer from the official source here.

After Composer is installed, open a Windows terminal and type composer to execute commands:

Use the following command from the Snipe-IT project root to install the required dependencies:

For the purposes of this example, we will configure the domain snipe-it.local.

After this, our apache is listening to snipe-it.local connections, but we have to configure our hosts file that allows to redirect snipe-it.local to the localhost that is located in C:\Windows\System32\drivers\etc.

Edit your hosts file, adding our localhost for snipe-it.local:

As we mentioned at the top of the page, XAMPP comes with a "built-in" URL of /licenses, so in order for the licenses page to load, you'll need to remove that built-in configuration. If you don't perform this next step, you'll get something like this when you click on the licenses section of Snipe-IT.

To remove this built-in XAMPP alias, edit your httpd-xampp.conf in your XAMPP config and delete lines below: 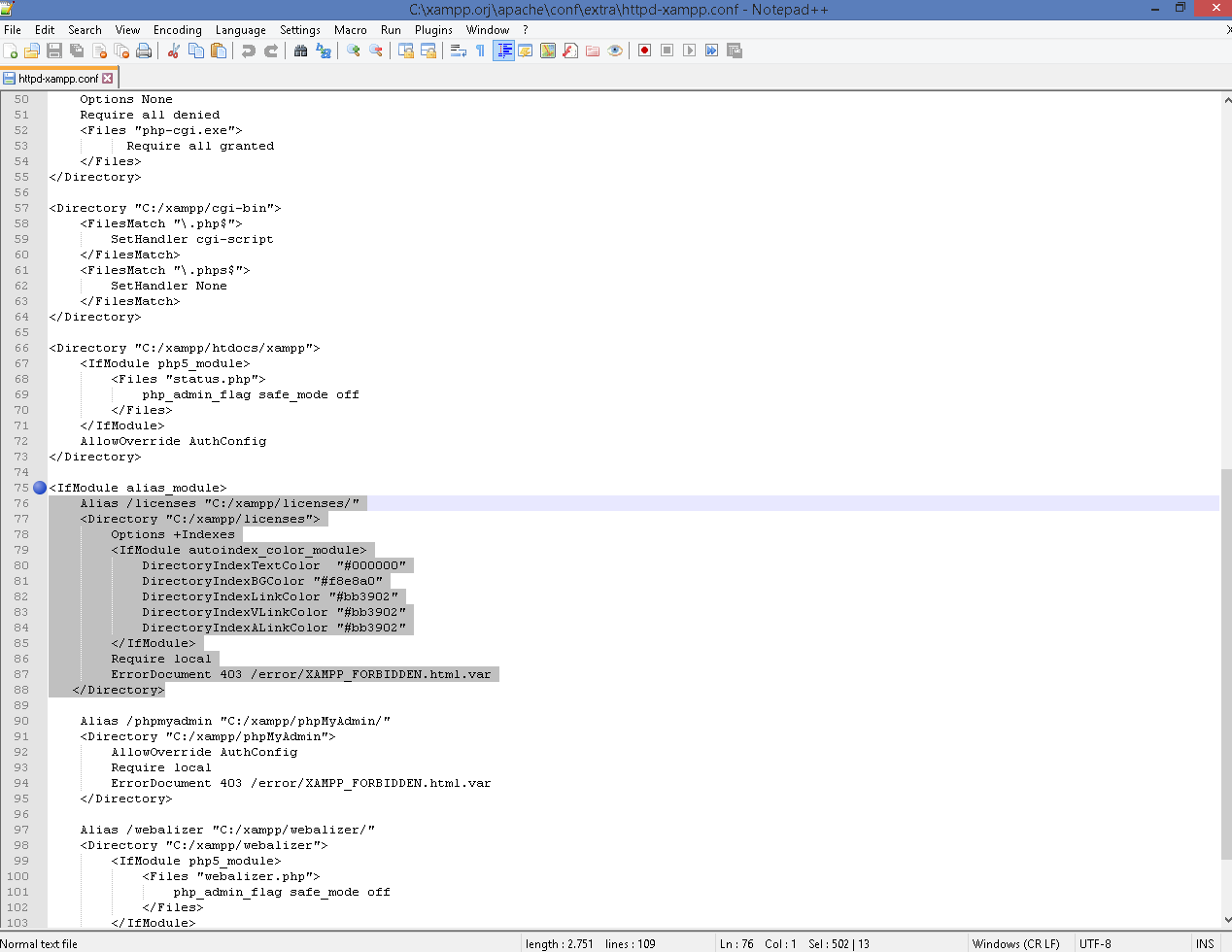 In your XAMPP interface, start Apache and MySQL:

Now when you go to snipe-it.local in your browser, it should lead you to the setup.

Updated over 1 year ago